The AMA Foundation is saddened to share the passing of Joseph (Joe) M. Heyman, MD. Dr. Heyman was a close friend and champion of the Foundation and will be dearly remembered for his lifelong service to others both personally and professionally. From an early age, he committed himself to advocating for marginalized and underrepresented communities.

Throughout his career, he proudly mentored young physicians and fostered medical leaders of tomorrow. “When I think about the formative years as to who I am as a doctor today, [Joe] and Laurie have been there since the very beginning of medical school. They both welcomed me and made me feel like a part of the Massachusetts Medical Society and the larger American Medical Association (AMA) family,” shared AMA Foundation President, Heather A. Smith, MD, MPH. “Indeed, I often looked to [Joe] for guidance in what is the right thing to do for our patients and our profession.  Thank you for always serving as a beacon and as a guide – I can only hope to continue to honor what you have taught me.”

Dr. Heyman’s greatest passions within medicine were medical ethics and ensuring the best possible care to everyone. This led him to several leadership roles within organized medicine, including President of the Massachusetts Medical Society and Chair of the Board of Trustees at the AMA. Those who knew him commend his keen ability to connect with almost anyone and ability to engage in open and honest exchanges of opinion. “Joe was always a skilled negotiator while also being forceful in his views and willing to listen to others. His leadership was critical during the years we worked together on the AMA Board,” said AMA Foundation Board Member and Former AMA President, Jeremy Lazarus, MD.

Joe’s son, Todd Heyman, MD, shared in a moving tribute that, “In Massachusetts, he played a significant role in democratizing the Medical Society, opening its doors to greater diversity, and initiating its focus on the importance of social determinants of public health. We were blessed to hear the Society’s first Black woman President, who served some fifteen years after his Presidential term, credit my dad with opening the door to such an opportunity.”

The AMA Foundation is honored to administer the Joe Heyman, MD Fund and continue his legacy of work on increasing racial and ethnic diversity in medical institutions and organizations. Before his untimely passing, Dr. Heyman expressed his desire for the Fund bearing his name to support medical students of color with financial need through the Foundation’s Underrepresented in Medicine Scholarship. Click here to learn more and to make a tax-deductible donation. 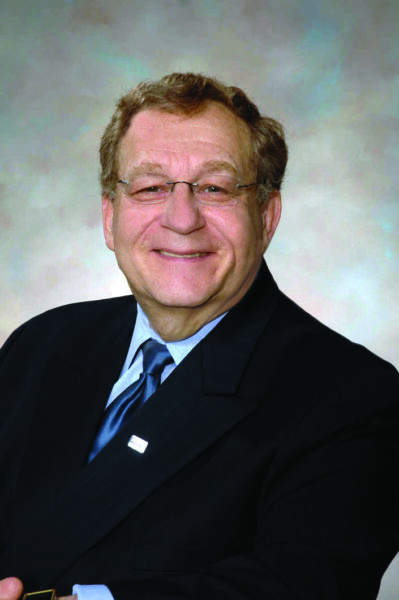